Lessons from the Mountaintop 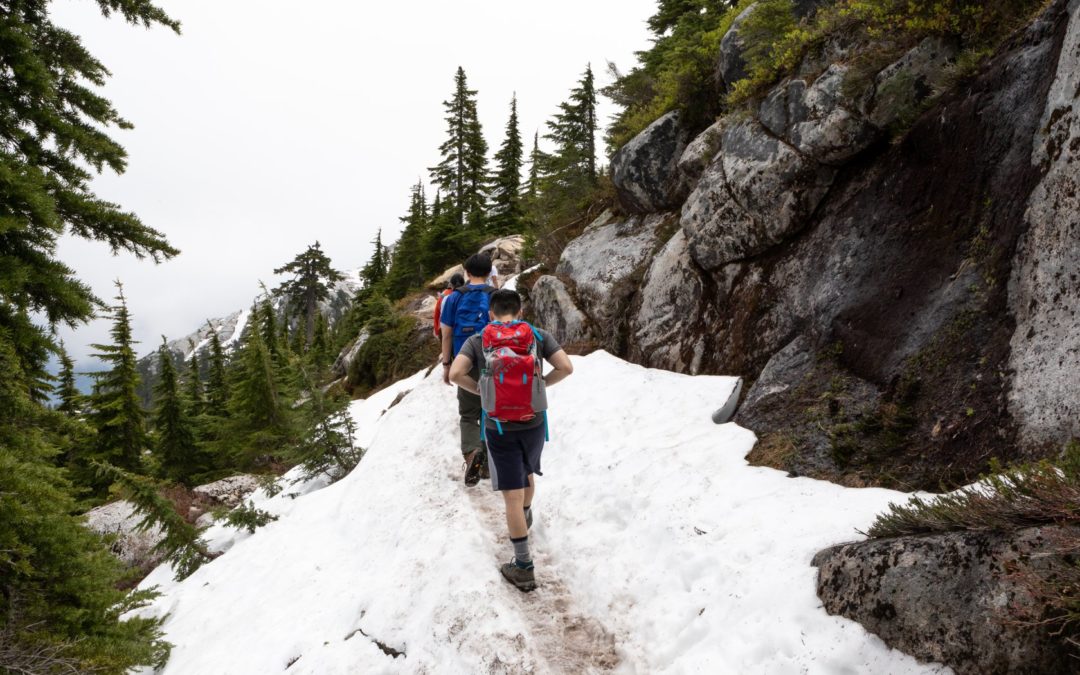 Family Peace Association youth leadership programs usually include a segment held in the great outdoors, an adventure hike or the like. This year was no exception and the hikers were given a chance to climb out to what was ominously dubbed “Blood Mountain.” Yet, the experienced hikers of the group came to see this as a misnomer, like calling a mountain of a man “Tiny.”

It wasn’t a hard hike but for the novices of the group, it was like death. Breathing and putting one foot in front of the other became unimaginable. Why would anyone do this? And for fun?

But another participant found himself connecting the lessons of the hike to the abstract lessons they were learning in the other segments of the leadership program. Clearly, the hike was one moment in time but he and all those around him struggling to take another step could see that it was everything that came before that hike that determined how the hike itself would play out. It was the choices in our every day, the choice to walk instead of ride a car, the choice to eat a little better, the choice to occasionally take a run that played out at that moment on the edge of a steep cliff.

Later, he reflected on how clearly that hike was such an amazing metaphor for life. Those who were prepared – not just physically but also mentally – got through the challenge and were better for it. They even seemed to relish the challenges and, amazingly, were helping others around them along the way. Those who had simply jumped in, unprepared but also alarmingly confident got the worst of it: their spirits and bodies were crushed by the overwhelming reality of their current state. They weren’t ready in mind or body.

In the next year, he started to plan his days and weeks out a little differently. He made small changes and goals to start. First, he simply challenged himself to stop riding his car to school; he could walk when the weather was fine. Then, he started to jog. And jogging became running, not only when he had to get somewhere but because running became something he liked to do.

Soon he began to feel that this wasn’t enough and so he started to research what he should be eating. What he might do to improve his sleep, his run time, his breathing. He started to check his pulse and well as his habit of grabbing buttered popcorn as he headed for the couch at the end of a stressful day.

Gradually, with his mind always on the adventure hike, he started to seek out harder physical challenges. Was there a mountain nearby where he might test himself? Would going with a buddy help him to focus on helping others rather than his own discomfort?

His friends and family were amazed at his transformation, even while it literally happened before their eyes. His sleep improved, his grades went from a smattering of Cs and some “half-moons” to the top of his class. He started to get involved in extracurricular activities that he had never professed to have any interest in.

It all started in the startlingly realization on his first adventure hike. He saw himself and saw that he had something he wanted to achieve. And he saw that it would be achieved not in that moment but in the process or quest to achieve that one, big audacious goal. In fact, it was that the victory was in the transformation of his life that all started from one choice at a time.

Have you ever had such an experience?