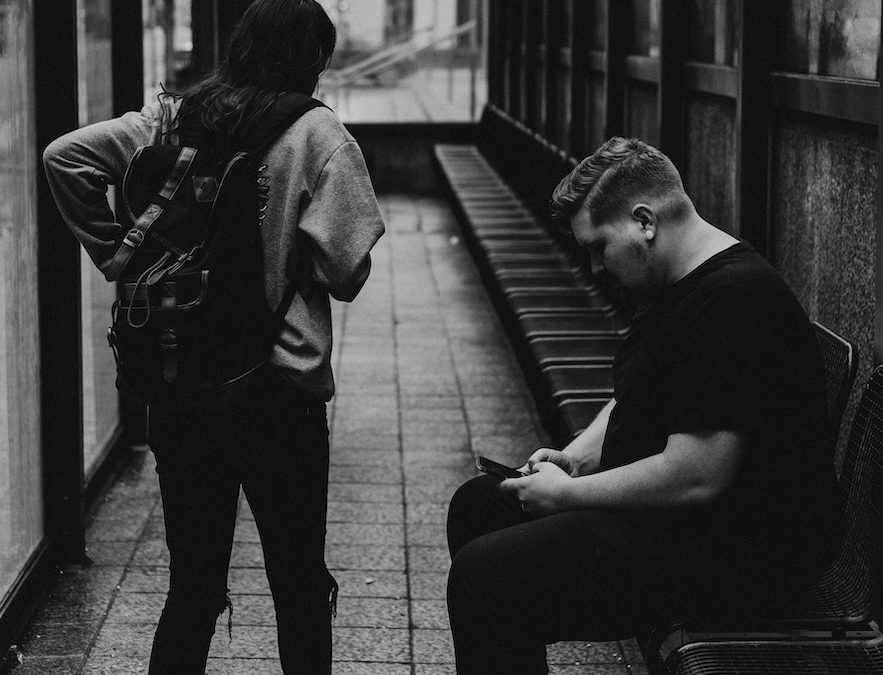 “I don’t like that man. I must get to know him better.”

As families have become smaller and the circle of the family has become less inclusive, relationships in the community, society and the nation have also changed. In ways small and large, significant shifts in the family inevitably have a powerful impact on the way society at large conducts itself. Whereas families used to be large and closely-knit, with aunts, uncles, grandparents, in-laws, children, parents, grandchildren, cousins and everything in-between including the friends and neighbors who essentially became a part of the family, today there is a sad and lonely call, a gap of family and community that we instinctively feel to be missing.

A 2014 blogpost that went viral lamented the loss of “the village” that she never had, describes this ache, this feeling that we shouldn’t have to go it alone, articulates the feeling that the experience of raising a family and children is supposed to be a communal one. She writes:

I miss the village I never had. The one with mothers doing the washing side by side, clucking and laughing hysterically, tired in body but quick in spirit. We’d know each other so well: annoying one another from time to time, but never staying mad long because the truth is, we need each other.

It’s no wonder that this blogpost had gone viral – as it touches on a certain something that we all collectively seem to be feeling. The post even points to the importance of even the annoyances and irritations of having “a village”—the everyday irritations and frictions that inevitably happen in living, working and loving in close and constant relationship with others. We could say that the village is a thing of the past, something that we used to traditionally naturally have living as part of a large, extended family. Yet, without casting back and trying to force back ourselves into a golden age that may not have necessarily even existed, we want to question different aspects of living in a closer relationship with people – including people that we now more commonly avoid: people we don’t like.

The fraying of the ties that bind

We might say this is something we do as a luxury of modern life. As families and communities have frayed in the last generation, it is not unusual to notice that relationships and connections – in general – have also frayed.

Recently, the Prime Minister of Britain appointed a “minister of loneliness” to take on the issue of loneliness by teaching students “relationship education” in schools. This was initiated to combat the rising numbers of people, particularly youth, who report feelings of loneliness.

This is not a phenomenon limited to Great Britain as it appears to be a rising trend around the world.

And along with loneliness, there has also been a correlated rise in problems such as difficulties having and maintaining relationships. Dr. Gabor Mate, one of the foremost researchers on addiction, might even argue that it is the difficulty of having healthy relationships that cause things such as addictive behavior. He asserts the idea that “that addiction—all addiction—is, in fact, a case of human development gone askew.” Even while he defines trauma in very broad terms, his examples point largely to traumatic experiences in relation with others—usually our families and when we are very young—that have the biggest impact on how we perceive ourselves and how we then learn to cope with this trauma.

These both point to something that we should find alarming and yet expected, with the disruption of the most fundamental institution of human society throughout all of human history: the family. And we don’t mean the family as the more recent understanding of a two-generation, nuclear family but rather the family as it was always intended and designed throughout human history: the extended, multi-generational family.

In the opening quote, Abraham Lincoln expresses something that some of us might find amusing—as usually, we would avoid those that we dislike. Yet there is deep and simple wisdom in listening to the part of us that would challenge us to look at those that irritate us in a different way. Perhaps it is in recognizing that our dislike is not about that person but about ourselves or in recognizing the growth opportunities that come along with challenging ourselves to put ourselves into uncomfortable situations and relationships.

In a world of endless options and so many different forms of escape, we need to begin to turn around and face ourselves. And to face one’s self means, in many ways, to also face one another. There is value in relating with people that don’t necessarily always make us feel wonderful or perfect. There is value in hearing hard truths from people or from forcing ourselves to have the discipline to be kind to those that frustrate us. There is value in each and every one of us and when we start to treat others with respect, with kindness, with intention—regardless of how we might feel about them—we also begin to change ourselves and our relationships. We might even find ourselves appreciating even those we thought we didn’t like!

So, the next time someone makes you cringe or brings up feelings of frustration or annoyance, think about Abraham Lincoln’s words of wisdom. Even if you don’t immediately change your attitudes and behavior, slow down. Stop and consider what might change if you were, perhaps to take a different view of that person.

Some questions to help you do this might be:

Either way, these small tactics can help you to build new mental resources for change and personal growth.