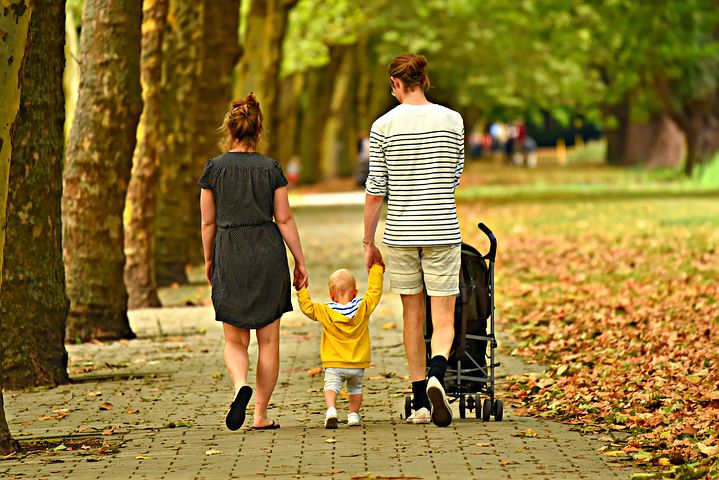 Dad was away a lot this summer.

He had a number of very large projects that took him away to the other side of the world for months at a time.

This year was difficult. Things that he usually could count on, things he thought would already be worked out by this time in the game, were still up in the air.

There was a point where even he, the perpetual optimist, wondered if he would be able to pull off this year’s programs.

On one such evening, after a hard and seemingly fruitless day, he called home to check in. His wife talked about baby’s latest milestones. Baby was trying solids now, and finally learning to move forward when he crawled. It was good to hear baby’s squeal and gurgles in the background. “Thanks dad, for all that you do,” his wife said before saying goodbye.

Before he clicked off his phone, Dad saw the wallpaper of his wife and son smiling out at him. “My son is depending on me,” dad thought.

He was being asked to trailblaze unknown territory, just as the leader of a pack at the turn of the season. In the front of the pack, dad was being asked to face his insecurities and fears. At times he felt lost, inside and out. But it was up to him to embrace his fear, overcome his uncertainty, and try every route in order to find new opportunities. Someday, baby would have to do the same when he led his own pack in an uncertain world.

Right now, baby’s trailblazing consisted of moving two feet forward and trying to swallow butternut squash. But soon, he would need to learn self-control and self-sacrifice, build strong relationships and eventually tackle social issues in school, his community, his world. At those times, dad’s advice and example would be critical.

Dad took a deep breath, “I can do this,” he whispered. “If I can, so will you.” He flipped off the light for the night, his heart full of resolve and optimism that no matter what faced him the next day, he would find a way to make success, even if it seemed impossible.

He would lead the pack to greener pastures.

Baby was watching him.